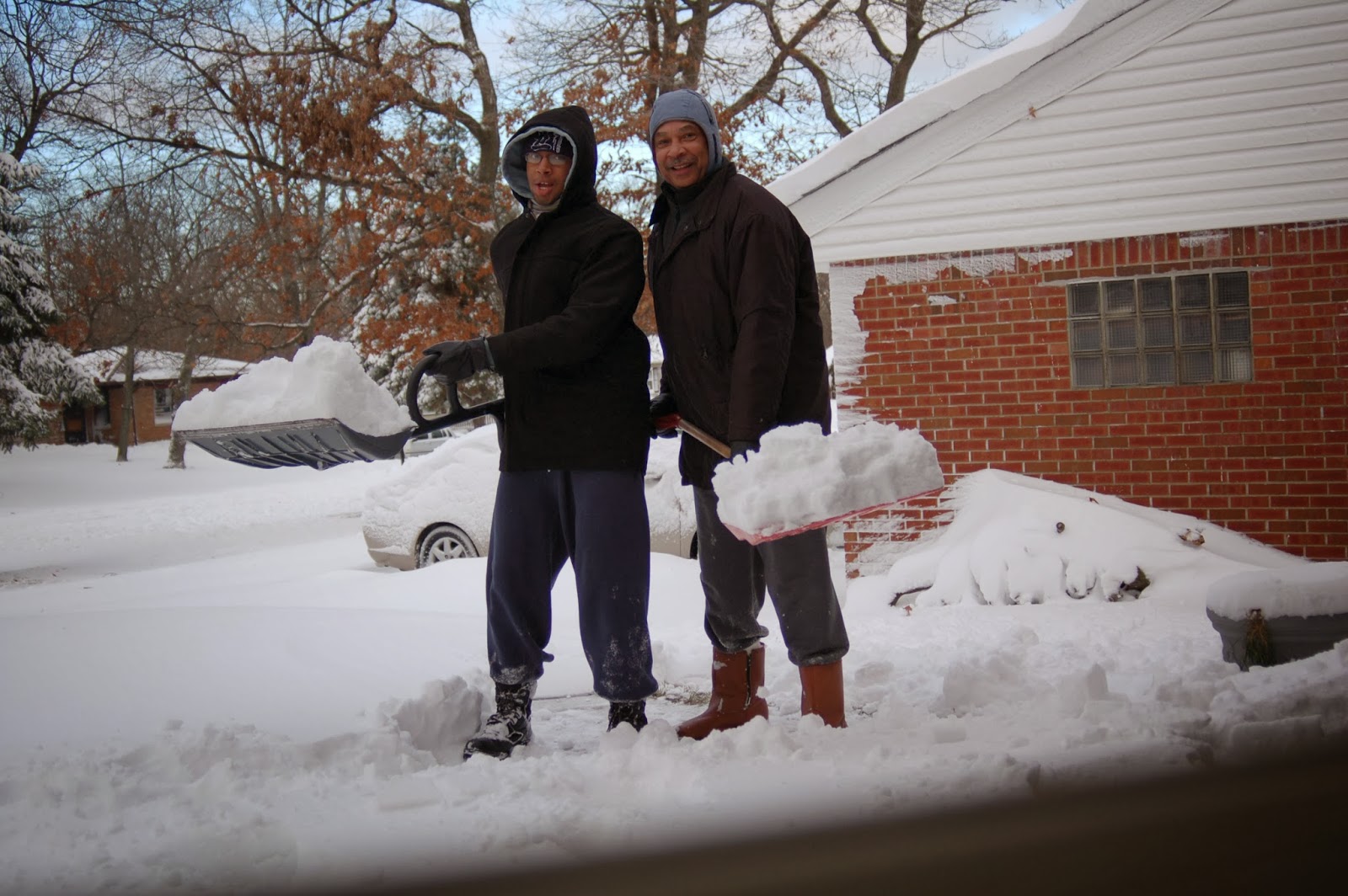 So, this has been a pretty significant day for me.

After years of talking to my parents about how much the monthly cell phone bill is, and me promising to START paying for my additional fee attributed to my data package, I feel that I am finally able to completely break free and take it on all by myself. This is the first bill that I can actually say that I am happy to receive.

Growing up, my parents were the kind that tended to shy me away from the stress of money. My father was the sole breadwinner for the family, and not making very much. Luckily we lived in Gary, Indiana, so you didn't need to make oodles of money to maintain a comfortable (enough) lifestyle. Of course I was never that kid that got everything that I ever wanted, and I was never that kid that got a huge allowance, but my mouth was always fed, my clothes were in good condition, and thanks to my mother's need to view the O.J. Simpson trial play out back in the early 90's, we even had cable. My concept of money was always abstract, something that I wanted more of, but never felt like I didn't have enough to survive on. I mean, I was able to go to a private boarding school for all of High School, so I figured we must be doing pretty well, right?

When applying for colleges, my parents would suggest that I apply for scholarships, but it was never a "be all, end all" type of conversation. At least I never took it that way. However, when I started preparing for college and the time came to finalize things, that's when things got......interesting. Suddenly I was being given all of these forms to sign, dollar amounts were being tossed around like titles of television shows while channel surfing. It didn't really dawn on me what was going on: I was setting up my student loans. Even when I was starting college, I thought that both my father's and my name had to be on the forms as a formality, that they would be paying it, but my name was on it so that I could make decisions should it be necessary while at school. It didn't really dawn on me until I graduated that the whole co-sign system was that, unless I somehow cannot cover my payments, like if I am DEAD, my dad fully expected me to cover the payments of my loans, and I had unwittingly saddled myself to over $100,000 in student loan debt.

Luckily, I was able to get a job right after college, and have pretty much been making my payments on time the whole time. Minus the dark period when I was unemployed for about 6 months, but that's for another blog post. While I have been working, I have always been able to cover my student loans, even if only barely. SO, whenever I had a hiccup in my cash flow, my mom and dad were always willing to lend a hand. However what I only found out later was that my parents were willing to help even when their own financial situation wasn't in a good place. So, as I have gotten older, I have always wanted to get in a place financially that I can not only no longer be a financial burden to my parents, but that I can also be in a place to help them. And having my parents cover my monthly cell phone bill is the last thing that my parents were covering for me. I am financially free!

Now, this doesn't mean that should I get in a rocky place that I would not let them help me out, however hopefully that will not happen, and I can go forward only helping them. My parents both worked really hard to set me up to become a self sufficient adult, and I would like to prove to them that their years of struggle was not in vein. I am 27 years old, and I want to be able to look forward at taking control of my finances with open eyes and no crutches. It's time to be a fucking grown ass man and handle mine. And hey, if this gives me an excuse to get a new cell phone upgrade in the process, who am I to question it.

What? I never said I wasn't going to try to still treat myself well.

The beginning of the "We're cutting you off" speech from Girls episode 1. Luckily, I never had to experience that talk, but that's because once I graduated from college, it was kind of just assumed. Only thing that got close to that talk: the cell phone plan. They even reference the cell phone bill payment later in the speech.

(photo above: Me helping my dad shovel snow in the driveway, Christmas 2007. He's 70 years old now, and he still goes out there and shovels that snow every winter. At least now he has a snow blower, but still. They work too damn hard.)