Update: Reflections on the Day That Changed the World 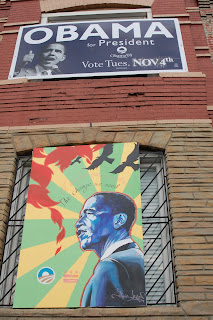 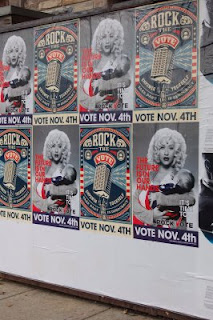 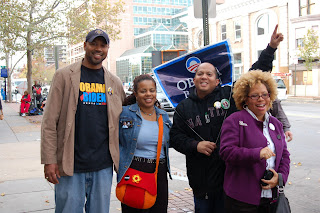 
The entire evening I was an emotional mess. With every new update on CNN I was sure that I was going to scream out in frustration. I didn't want to eat, or even breathe, and because I realized this feeling was coming on I decided to eat while I still could eat at all and breathe deep soothing breaths, which probably sounded more like Lamaze training. By the time 9 o'clock rolled around, I refused to watch anymore, I was done. By that time, I thought that I would be able to just take my mind off of it until it was official. I went up to my room, sat in bed and began watching some tv shows on demand that I had been meaning to catch up on. By eleven o'clock I had almost forgotten all about it when the phone rang.
"Are you and your sister jumping up and down right now?" It was Steven calling me. "Why would we be?" I said, not wanting to be too presumptuous about what he was talking about.
"You aren't watching tv?????? HE WON."

He won. With that little sentence, I had gone from emotional wreck to a stroke victim. I could not smile, my hearing seemed to be fading, and my ability to blink seemed to disappear. As soon as the news registered, I went next door to wake my sleeping sister. There was no way that i could let her sleep through this. I woke her up, we turned on the tv in her room, and before even a minute had passed, she began to cry, quietly sobbing into her hands.

"Do you know what this means? Do you have any idea what this means?" She began to whisper, and of course the answer was yes. As I looked on the screen and saw Barack and his beautiful family taking the stage, it was clear to me that the world as I knew it had changed forever, and I could not have been happier. A little while later, I held my cell phone up to the television speaker so that my sister in San Francisco could hear Barack Obama's first speech as president elect. There is really so much that i could say, but if I got going then I don't think that I could ever be able to stop. I will just say this: I am happy, I am proud, and for the first time in a long time I feel a great sense of unity with the people around me, 95% of them to be specific. And I hope that everyone heard Barack when he said he represents all of us, both gay and straight. I loved seeing that one person in Grant Park who was holding the rainbow flag and kept waving it on camera.

Above are some images that I took on November 5th, dubbed by many as Barack Obama day.
Posted by A-squared