The Man Behind the Page: David Sedaris 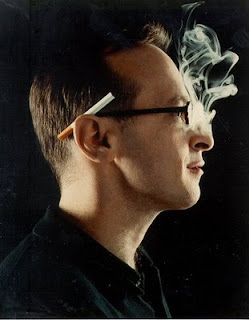 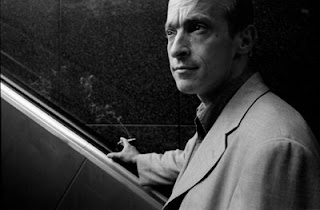 Have you ever read a book and wondered what the author was like in real life? Then once you find out what they are like, you realize that you were totally off?

That's how I felt until a few moments ago about one of my favorite authors, David Sedaris. I have read most of his books of essays, including Naked, Holidays on Ice, Me Talk Pretty One Day, Dress Your Family in Corduroy and Denim, and am currently reading When You Are Engulfed in Flames, and I must say, his books have made me literally burst into laughter on a train, bus, or some other form of public transportation before. But I have to say, the image that I had of him from the profile pictures on his book jackets, and the voice that I imagined him to have were totally different from what he is actually like. While doing a random search on him (for what, I cannot remember) I stumbled upon a fansite, www.davidsedaris.net and they had some pictures of him, but they then had a few youtube clips of him on David Letterman and other things. I watched the David Letterman clip, and I have to say, I was definitely surprised. When I first saw him on the screen, I figured that he was going to be this big, down-on-his-luck looking man, who dressed a mess and had a voice like a carborator. I mean, I knew that he was gay, but for some reason I figured that the "fabulous gene" had skipped him. So when I saw him move and heard him speak, all I could think was "wow, I never thought that he would be so..........adorable." That's right I said it, adorable. He has this little sweet voice and compared to David Letterman he looked so small, all I wanted to do was hear more of his misadventures. I went from seeing him as this big guy with a shitty life, to this character in a tv show that all you can think is, "aww, poor Lil' David (like a gay male comic strip character), what'd you get yourself into this time?" Now I already loved his books, but now I just see them from a different perspective. One isn't necessarily better than the other, they are just both different, and both of them interesting and entertaining to me. Now, if you'll excuse me, I will be going online to sign up for his NPR podcasts.

Thanks to DavidSedaris.net for the link to the youtube clip and for the pictures.
Posted by A-squared