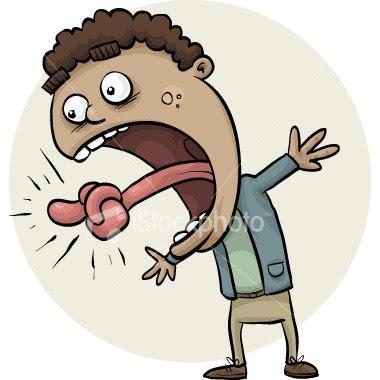 This is all so weird...... I am full of words, but they are not lining up the way that I would like them to. So, instead of dumping a ball of jumbled thoughts out onto this page, I will just let you know that I have things to say. Bear with me, I am trying to loosen the knot that is my train of thought as well as my inner monologue. Why can I not say what I want to say?

Is it because I am afraid of whose feelings it may hurt?
Yes.
Is it because I think that I may say some things that I could regret in the future?
Yes.
Am I afraid that when I finally say what I feel the need to say, it could make me sound uneducated, immature and bratty?
Yes.

And do you know something? Maybe it will, but that doesn't take away from the fact that I NEED to say these things. And most likely, however I say what I need to say, it will still feel like I made a fool of myself, and I may possibly regret it. But you know something? One thing that I am very proud of myself for, is the fact that no matter how stupid it sounds when I read it back, I will not take it back. I will not delete the post, hope that no one read them and pretend like I didn't say what I had to say. I mean, I have been approached in the past by a friend or two who happened to have read one of my previous blogs (i have had everything from blogspot to livejournal to deadjournal.....so yeah, i've been blogging in one form or another for a while...) and say that they saw something that I wrote about them in the past and did not appreciate it. I mean, I apologized for them feeling that way, but did I take it down? NO. Why should I?? I mean, I understand if it was something that the person told me to keep a secret and I posted it all over the internet, that's one thing. But if I was just expressing an opinion on some issues, I don't feel like I should apologize for that, and I will not apologize for having an opinion. If I have the courage to say something, I tend to stand by it. I may change my mind on the subject at some point, but unless I do, I will defend my convictions when I feel the need to.

Haha, you know what? For someone who can't find the words to say what he wants to say, I was able to make this post pretty long without any effort. Later Days!

(And P.S. , I don't know the rules for using clip art in blog posts, So if I am not supposed to, just let me know)
Posted by A-squared

Email ThisBlogThis!Share to TwitterShare to FacebookShare to Pinterest
Labels: Detangling the Knot, Ignorance, My Life, My Weekend

Appreciate you blogging this