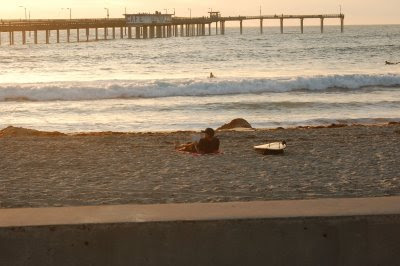 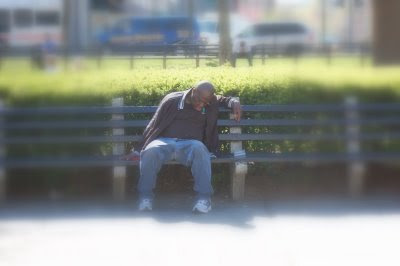 As of right now, the idea of job security is nothing but that, an idea. Throughout this summer, post college graduation, I have been working as a seasonal temp for an amazing small Public Relations / Event Planning firm. I got to come into work everyday in jeans and a t-shirt. I got to go to New York City whilst staying in a downtown Hilton suite, and go to San Diego watching the sunset over the ocean, all on the company's dollar. I get to work with a small group of great people, one of them being one of my closest friends, the majority of them around my same age. In essence, I was spoiled. I had the best job that a 22-year-old can probably think of while still being able to call it "work". Best case scenario, I planned to get hired on as a full time employee, slowly learn more about the event planning business, and rise through the ranks of the business taking employee's places as they rise up and outward onto new endeavors. Worst case scenario, I planned to make a steady amount of money, work at a job that I can feel comfortable in, spend the summer hanging out with my friend Steven, and do some free traveling in the process, eventually being tossed out on my ass to scavenge the streets of our nation's capital for another (this time permanent) job. Well, today was the day that best-case-scenario faded into a fond memory.

As the summer progressed further and further, the realization that this dream job could be coming to an end became more and more apparent. The flood of calls that me and Steven had to handle during the peak of the summer decreased to a mere trickle. All of the payments were filed, the mail stopped coming, and the employees went from working through lunch, to finding what clips on youtube would be fun to watch to pass time in the afternoon. The office seemed to have lost that pep in its step. So, it was apparent that if I wanted to make my interest in staying on known, I would have to do it soon. The thing about the situation is this: I was never even supposed to be working there. See, when me and Steven graduated, Steven got a job as an administrative assistant, and I had no prospects. So when Steven told me that one of his supervisors was leaving the firm, and that they were going to be needing a second assistant to keep all of the upcoming work manageable, it sounded like a sweet deal. So, like the good friend that he is, Steven submitted my resume, and after a very relaxed interview (it was me and 3 gals in their mid-20's, their opening question was "So did you see the Sex And The City movie? What'd you think?") I was hired on to be, as one of my direct supervisor's so affectionately referred to me, "the new Emily" (if you have seen The Devil Wears Prada, then you'll get that reference). As you can see, this was like the dream office for a young gay man fresh out of college with no other prospects.
As the summer came to a close, realizing that I had hit paydirt, I finally took Steven's advice and let them know that I was interested in staying on as a full time employee by doing the craziest thing: telling them. So, after using every excuse that I could think of to avoid going into my supervisor's office, I finally bit the bullet and went in, laid my cards on the table, and called their hand. Now up to this point, this is probably sounding like a good coming-of-age film (or at least it is if I am writing this well enough). Sadly though, this is where that nasty little thing called reality sets in. I sat down, expecting to hear something like "well, there are a few things that we have to be sure of, but as far as I can tell, I think that we'll be happy to welcome you into the company very soon". Instead, it started with a look; it was that look that people give the puppy in the petshop window when it just did a trick for them, but they know that that can't buy take him home. After that look, it was followed by the ceremonial dropping of the shoulders, the mini frown, and the quick side glance. Essentially, as much as they loved having me there this summer, though they don't know how they will get on without me, they just don't have the money in their budget right now to keep me on as full time staff. My "super" then went on to say that "they will definitely keep me on through the length of my conract" (ie through October), but unless they get a boost in their fall contracts, they just can't afford to keep me. At this point, I tried to make the face that says "I understand, and I am not affected", but of course on the inside, I was thinking, "wow, I really wanted to stay here too......"

So, I am now stuck with more uncertainties than I can handle. What will I do if I can't find another job? How long will my last few checks last me? How long will I have to live with my sister and her family? (more about that in a future entry) and, the new bane of my existence, my college loans: HOW THE HELL AM I GOING TO PAY THEM OFF ??? (that's right, I am in the red........definitely going to have to write an entry about that) So, not only am I worried about being able to pay for an apartment to get out of my current living situation, I need to make double that amount just to pay for rent and my college debt payments.

There were times this summer when I thought "man, working 8 hours a day really sucks. I don't get to enjoy the nice weather, I don't get to just spend a weekday afternoon in the park or in a coffeeshop, basically I just don't have any prime free time", and I thought that when this job was finished I could enjoy that free time. But as time passed (and the bills started coming), I realized that having a job is really good. When I had the free time, it was because I didn't have a job, therefore I had time to shop, but no extra money was coming in to be able to pay for it. But now that I have a job, I don't have time to shop, so the money that's coming in actually gets to stay in. And although I do miss spending money willy-nilly, it is nice to not see any overdraft notices in my bank account for a change.

So, hopefully, this last short while in my current job won't be spent with me thinking *fuck this job I didn't want to work here anyway*. Rather, I want to leave a great impression on my supervisors and make them want to use all of their connections to find me a new great job. Here's hoping.............

Well, I don't have anything else to say about it now. I guess that I will retreat to my bed with my tail between my legs and a firm hold on my wallet. With any luck, I can make $1000 last 6 months...... oh who am I kidding, I just hope that i'm not broke by the weekend. Later Days
Posted by A-squared