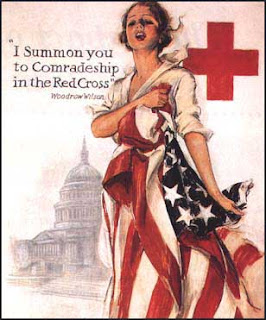 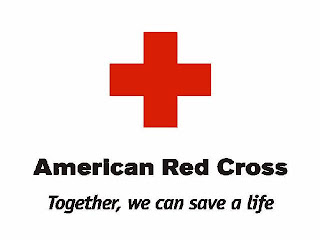 Hey Bloggeys! So today on my campus, I was told that to get extra credit for my Human Sexuality class I could go and give blood to the American Red Cross. Of course I knew that in the past when told about donating blood gay men (who actually had sex with men) were not allowed to donate blood because of the perceived risk that we, being the disgusting, polygamous, disease ridden garbage that we are, bring to the concept of saving someone's life. I mean, even though gay men cannot be proven to be automatically any more likely to have impure blood than any straight man or any woman. I mean, they test the blood beforehand, but why should that make any difference? Despite me knowing this, and voicing this concern with my teacher, my teacher still said that I should go to see if they have changed.
So, with the strong desire to prove myself right, and an even stronger desire to get the extra credit, I went into the room, and was greeted by the campus ROTC chapter. "Oh great, I thought, this just screams 'I wanna know if you'll take my gay blood'." As soon as I walked in, they boys with all of their hair buzzed off began asking me if I was there to donate blood. Luckily, I soon saw my teacher, and she instructed me to ask one of the doctors there if the procedure was still the same. So I found a nice man, and I asked him flat out "Is there still a rule against gays donating blood?" He said, as nicely as he could "Well, when you fill out your information, there will be a question asking about that, and if you are gay, then your form will most likely be deferred.....................indefinitely." So I then said, as nicely as I could, "So there's pretty much no point in me staying here then is there?" He said no, but that I was "welcome to enjoy some of the juice and snacks that were provided for the donors." I don't know if I took that as sympathy or a slap in the face. So, I told my teacher that it was no dice, and she said that I would still get the extra credit for showing up. I walked back to my next class, feeling a little less charitable than I had earlier that day. I dunno if it was because I finally knew for a fact that it was true, or if it was because I started to think about how ridiculous it is that we are any less trusted than anyone else. Oh well, Later.